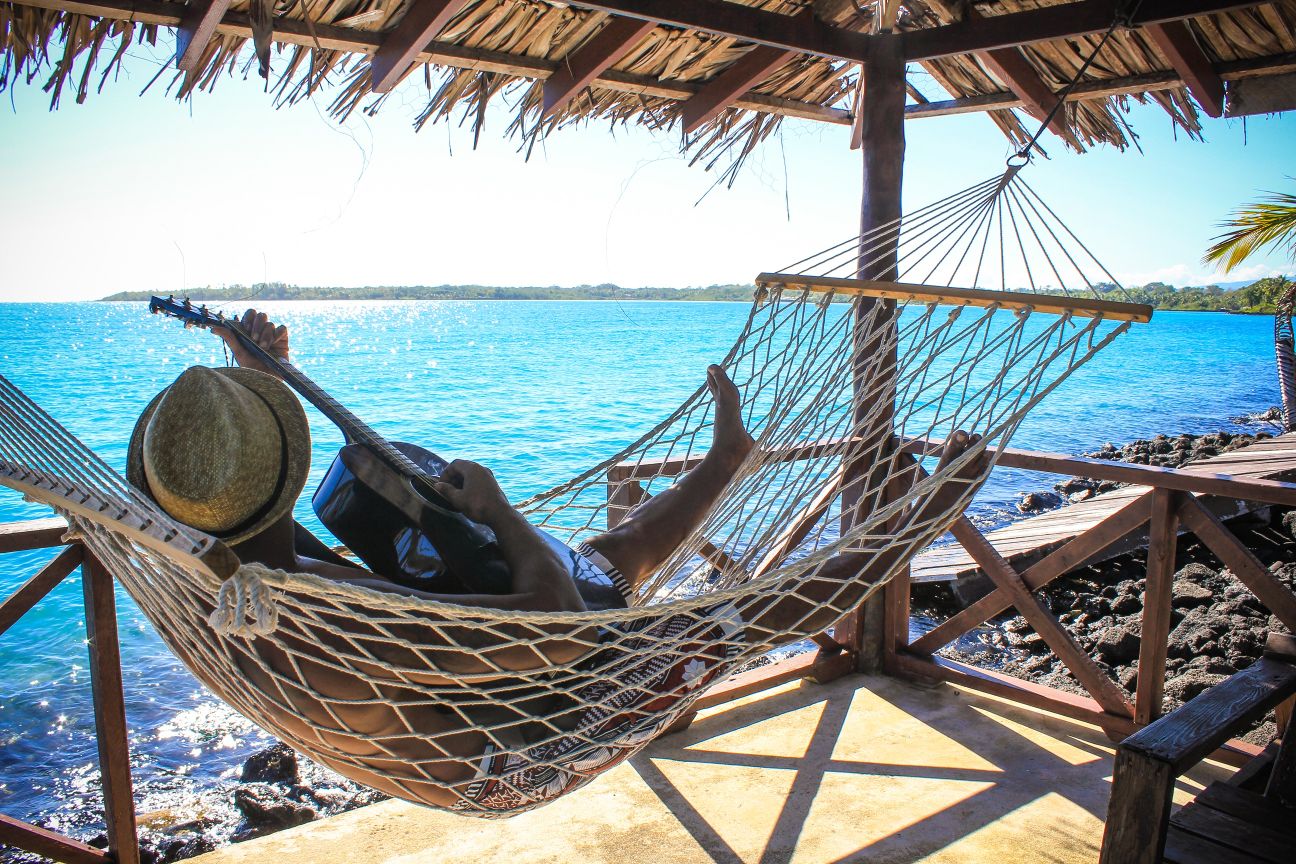 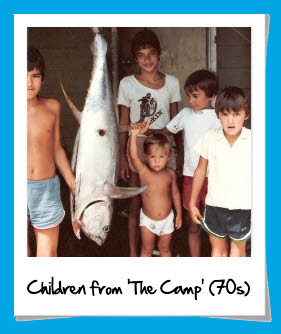 Va-i-moana Seaside Lodge in Asau, Savai'i - the bigger but more unpopulated island in Samoa - is hailed by tourists as one of Savai'i's top accommodation spots.

But little is really known about this property and it's history which goes back 40 odd years. The renovations are new and the accommodation as a lodge has only been in operation for a couple of years.

Resurrected as a place where visitors can come and experience first hand the serenity of Savai'i with traditional Samoan hospitality, the lodge is run by Saleimoa and Rosie Va’ai - a couple whose committment to the place is a 'labour of love'.

The Va'ai family grew up in the area around Asau but eventually moved to Apia for education. Although they owned several properties and plantations in Savai'i, Saleimoa's father Tui Va'ai  only acquired the eight acre property that Va-i-moana is situated on in the early 90's when he purchased the local saw mill. The land, which fronted the ocean and came with an island airstrip was the home to expatriate Americans who had been living and working in Samoa since 1969. It was an oddity, a place they called The Camp which had been turned into a piece of paradise for families who were not only far from home, but  miles from the mainland and anything remotely western in Samoa.

"We grew up not far from here and my aunt married an Australian man from The Camp so we would visit often," says Saleimoa. "It was  a hive of activity - a bunch of very happy and sunspeckled foreigners enjoying life in the sun, I don’t even think the kids went to school".

"I remember going to my Aunt's house, which is now the worker's residence, and seeing rugs on the floor. I had never seen a rug in my life! The Camp residents imported all sorts of home comforts and it really was the strangest thing to see as a young boy growing up in Savai'i".

A LABOUR OF LOVE 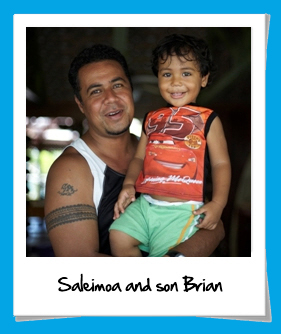 When the saw mill closed down, so did The Camp and the land lay dormant for years until Saleimoa talked to his father and decided the opportunity was calling.  Although living in Apia, he didn't mind the distance and the chance to get his 'hands dirty'. Saleimoa and Rosie had a vision, and started reviving the old village, renovating current buildings, and building fales by hand as accommodation for guests.

"The spirit of this place is really about making the most out of a beautiful but entirely different situation," says Saleimoa. "That's why I built traditional fales initially instead of fancy air-con rooms although I have a couple of those now. It really is about experiencing your environment first hand".

Although Va-i-moana was initially fale accomodation with shared facilities, its grown to include fales with ensuites, rooms in the renovated homestead and brand new air con villas. Saleimoa says its also in response to demand from people who liken their facilities including the Sunset Fale - a restaurant, bar and reception area - to the amenities of a resort. "We now have the entire gambit of accomodations," he adds. "And I'm still building!" 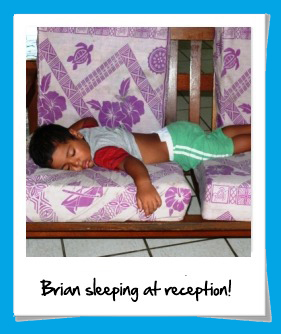 The Va'ai family are also quite happy to accommodate their guests in any way possible. Like the couple from Norway who came for the wedding and requested a bar on the beach, so Saleimoa just 'had to build one'. There's also the main bar, a portable bar, and a boat bar and plans for a bar on the boat.

"We can service everything from dinners on the beach, to a party on the boat, to a candle-lit dinner for two at end of the purpose-built deck." The deck has been built to surround the sandy beach safe for little ones to play. There are even rafts left over from The Camp days that people can swim out to and spend the day relaxing on.

Basically Saleimoa beleives that action is the best remedy for a guests' suggestions and you will find all means of good ideas all over the land. And this is possibly why they have topped their category on the accommodation review site 'Trip Advisor', and received praise for the ambience and Samoan hospitality.

"I think the key to hospitality is managing expectations," says Rosie. "We  meet it and rise above it so people are incredibly happy with the result." Her husband says people often say to him that he is lucky to live and work at the lodge 'but to me it's just home...and although the running of a place like this is not easy, its something I enjoy doing'.

"So the real luck is finding something that I love doing, and being able to share it with people who often become really good friends," he adds.